Conversions of that redundant building sitting on your new land parcel into a home may seem like a scene straight out of mission impossible, but that’s far from the case.

With a seasoned architect by your side, even the most malformed buildings can be transformed into a family home your neighbors will be in awe of.

Below is a list of some of the most unconventional conversions in the UK:

The Holiday Let That Was Built From A Windmill

Windmills back in the 18th centuries were used to pump water, mill grain, or both. It is not uncommon to find one that gave up the ghost a few hundred years ago still standing somewhere in the middle of a rural farm.

When Steve and Natalie Roberts set out in search of a house in Suffolk, the last thing they anticipated to get as an added bonus was a windmill. 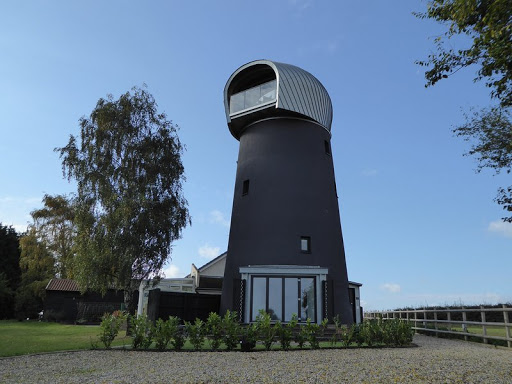 You would expect anyone is trying to reconstruct their new home and make use of every available space to tear some old unserviceable structure in the middle of their backyard down and use the space for something more sensible, but that’s not the first thing that came to the couple’s mind.

From the outset, they saw the windmill as a holiday let only a few touches away from completion.

Two years down the line, Steve and Natalie had achieved what no one had thought of since 1891 when the windmill was erected – a ‘windmill-house,’ complete with a zinc roof, Anywall external wall insulation, a balcony, and a contemporary interior. The four-story holiday let was put up without compromising the exterior windmill look.

A St John’s Ambulance station from the 1950s is now a four-bedroom home for interior architect Marta Nowicka, who personally oversaw the redesigning. Built to accommodate two ambulances, the building’s interior had a central wall that separated the ambulance garage from the offices, and this is the first thing Nowicka did away with. 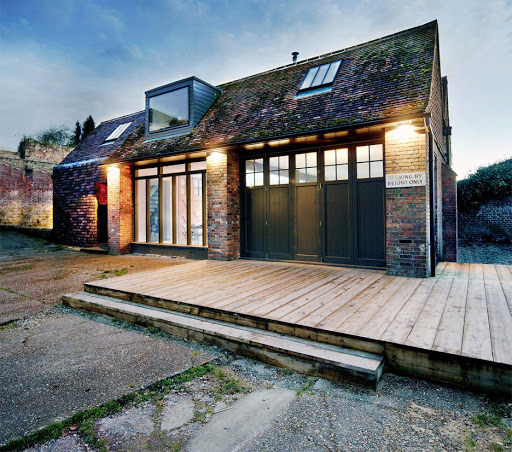 The resultant open space was then zoned to transform the ground floor into a working, cooking, and eating space. Most of the building’s heritage was retained with the architect aligning its roof peg tiles with Lydd handmade clay peg tiles on the exterior.

The final product of Nowicka’s work is the perfect illustration of how to carve a modern home out of an old redundant industrial structure while keeping fragments of its industrial past.

A 200-year old building in Cornwall has undergone what you would call the strangest series of transformations since it was erected back in 1771. Whoever built it right at the edge of the sea was creating a new store for the local fishermen in Charlestown. 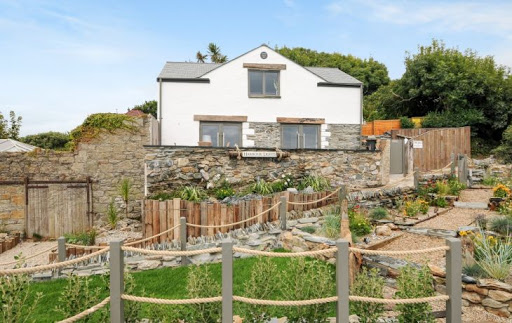 A hundred years later, the building was converted into a public toilet that went non-operational somewhere in the second half of the 20th century. What sits there now is a modern cliff-top retreat complete with a loo and devoid of any traces of its past.

Charlotte Thomson and Joey Auger took the 8.8m by 5.1m structure, did away with the reinforced concrete from the cubicle walls, insulated its floor, roof and walls, and added a second floor to it.

From A Power Station To A Penthouse Apartment

Reconstructed in the 80s, this West London Victorian powerhouse from 1901 needed way less than its new owners had initially imagined. Russell Dawkins and Danielle Kingdon’s penthouse apartment used up two floors of the building, with the kitchen, living room, and dining room taking up the upper floor. The bedrooms and bathrooms occupied the lower floor.

Among the things that the couple had to do away with was the spiral staircase, which they replaced with a more contemporary glass one. The two internal balconies downstairs were also transformed to cupboards for extra storage.

The walls upstairs were brought down to create a large single room easily accessible to Russell, who is a wheelchair user. Downstairs, the walls were altered and some of the rooms combined to create sizeable bedrooms.

The couple struggled to find a place with sufficient height to accommodate the lift shaft but was finally forced to settle for a smaller lift, which actually proved easier to manipulate to jibe with the house’s aesthetic setting.