Extreme winter conditions lead to the damage of roads and driveways, taking a toll on both concrete and asphalt surfaces. Deciding between either of these surfaces can be difficult since both have their pros and cons, but there are several important considerations you must first have in mind.

Most people opt for the paving solution with the lowest initial installation cost. Nevertheless, this is not an advisable strategy mainly because the cost of asphalt and concrete often varies.

Consequently, you may end up with a material which meets your short-term needs, but the added material costs later if you opted for a paving material which does not meet your long-term paving needs thus costing you extra money.

Therefore, comprehending the pros and cons of each of the options will help you when calculating the present and future costs, hence arrive at an informed decision.

Below are some of the factors to consider when deciding the best paving material for roads in the winter, either a concrete or asphalt surface.

The climatic conditions of the region you intend to install either the concrete or asphalt paving matters significantly. Areas which experience extreme winter conditions use asphalt on the parking lots, driveways and roadways.

The Reasons For This Include;

Therefore, asphalt pavements in cold climates is an excellent option than concrete, however, in warmer areas, the opposite is true, with concrete being a better option in these areas. It is because asphalt absorbs a lot of heat hence softening and becoming oily during extreme heat causing the asphalt surface to become exceedingly hot.

Environmental Impact Of The Paving Material

Asphalt paving material is viewed as environmentally friendly thus seen as a green technology since it can be recycled. The recycling process usually happens through the grounding up and reusing the old asphalt.

Nevertheless, used concrete cannot be removed, broken down and used in new construction projects such as new roads and bridges, leaving you with the option of only disposing of it in environmentally accredited facilities.

Some types of asphalt paving materials are permeable or porous thereby guaranteeing the percolation of water through the pavement into the soil surface below. Contrary, concrete only allows the water to run off the sides into steams and flow to the local water table.

Factor In The Ease Of Installation And General Maintenance 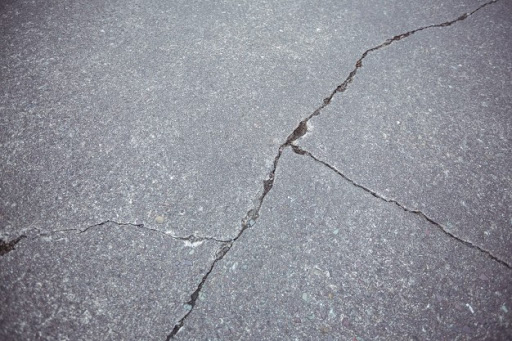 For some specific projects, asphalt is often viewed as a superior alternative to concrete for specific paving developments because it is much easier to work with in comparison to concrete.

Some Of The Main Advantages Of Asphalt Over Concrete Include;

To keep asphalt roadways or driveways looking new and functioning more effective for a much more extended period requires you to carry out more preventative maintenance of the asphalt surface. On the other hand, concrete loses its new look much faster.

So, with proper maintenance, asphalt pavements are a much better option and can last for more than twenty years. Likewise, upon its replacement, the cost incurred is considerably lower than concrete.